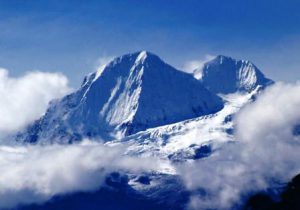 When you first move to a new country you always have an idea of what your “new life” is going to be like.  I was no different when I went to Granada in Andalusia with our 2 year old daughter to join my husband, who had already gone ahead of us to start his new job. I thought of the sunshine, the beaches, tapas on the terrace of one the many bars and restaurants. I imagined the carefree outdoor lifestyle in the perfect climate.

We’re getting there, but it wasn’t the smooth ride I was expecting. The first shock came days after we arrived. Andalusia can be COLD. I’m not sure why I was so surprised. After all, the ski resort at Sierra Nevada is visible from all over the city and surely the wind coming from up there has to be cold. I guess the real surprise was the lack of adequate heating inside. Being Danish I’m used to 21 degrees inside even when winter really shows some character. I got to the point of putting tape around the edges of the windows providing the majority of the draft.

As soon as I had found a way to keep warm without the well insulated Scandinavian style housing I was used to I received the next reality check. My daughter, at the grand old age of 2 years and three months, needed to be signed up for school by the end of the month. This was my welcoming to the Spanish bureaucracy. Not only had I no idea where to start looking for the perfect school  that we all obviously need for our offspring, but once I found that wonder of an educational institution, I had no clue how to put her name down.

The bureaucracy went on as we needed to sign up with the Spanish edition of social security. Waiting 3 hours outside on a rainy day with the wind coming from the before mentioned Sierra Nevada. Once inside we very quickly realized that you don’t get very far without having every single document legalized and duly translated into Spanish, preferably with a few official stamps on the paper.

It’s all good though. Winter passed and the Spanish summer really is everything it promises. We found a good school and after several visits to different offices, translations and even the doctor’s for an update on vaccinations, the most important person of the family started pre-school in September and LOVES it. We’re registered with doctors, have our national identity numbers, phone contracts and everything else you need to start living the lifestyle you moved abroad to live. We even managed to buy a property.

Now that presented a whole other set of interesting challenges, but I’ll leave that for another time.